„but he was still hungry“, a phrase that characterizes the children’s book „The Very Hungry Caterpillar“. Drama and confrontation are the defining communication factors. They convey a feeling of fighting spirit and aggressiveness. They sweep the reader along and motivate. 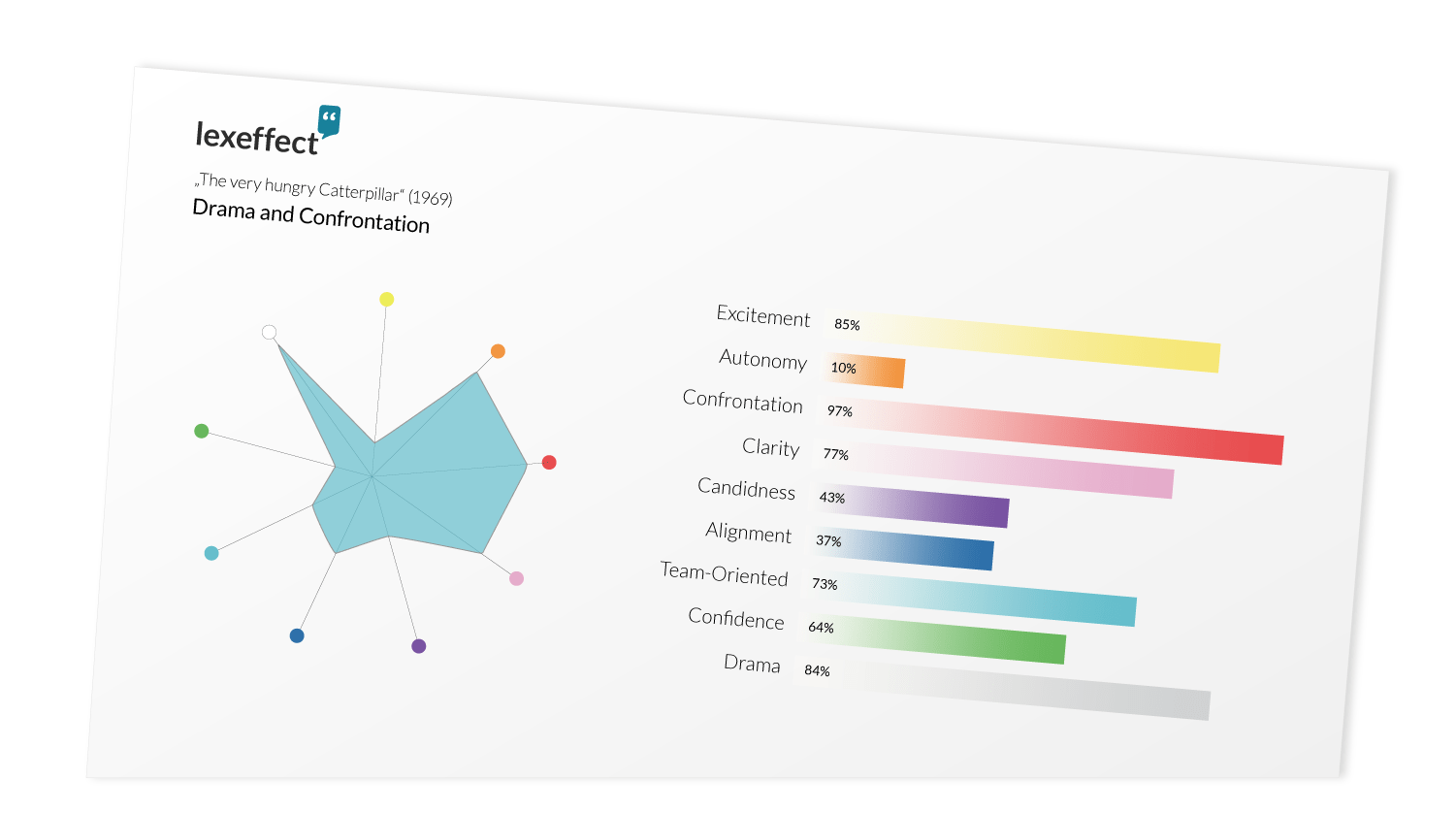 With this work, Carle shows children that every human being has the opportunity to unfold his potential. Carle himself says the following about his short story: „Every person can spread their wings (talents) and fly into the world“. The author and illustrator succeeds in conveying his message with his collage-like illustrations and the effective communication in the book. The book has now been sold over 50 million times and translated into over 30 languages.

Drama and Confrontation in „The Very Hungry Caterpillar“

The impact profile of the children’s book picks up the reader with the help of the distinctive factors of drama and confrontation and manages to sweep him along. The high degree of autonomy, combined with the independence, means that it is possible for anyone to become what they want. Thus, the message that Carle, himself, wants to convey, is communicated according to his ideas.