„The Raven“ is a  narrative poem  by American writer Edgar Allan Poe. Published on January 29th, 1845, it led to Poe’s immediate popularity, although it did not bring him much financial success.  Poe leaves it unclear if the raven actually knows what it is saying or if it really intends to cause a reaction in the narrator. 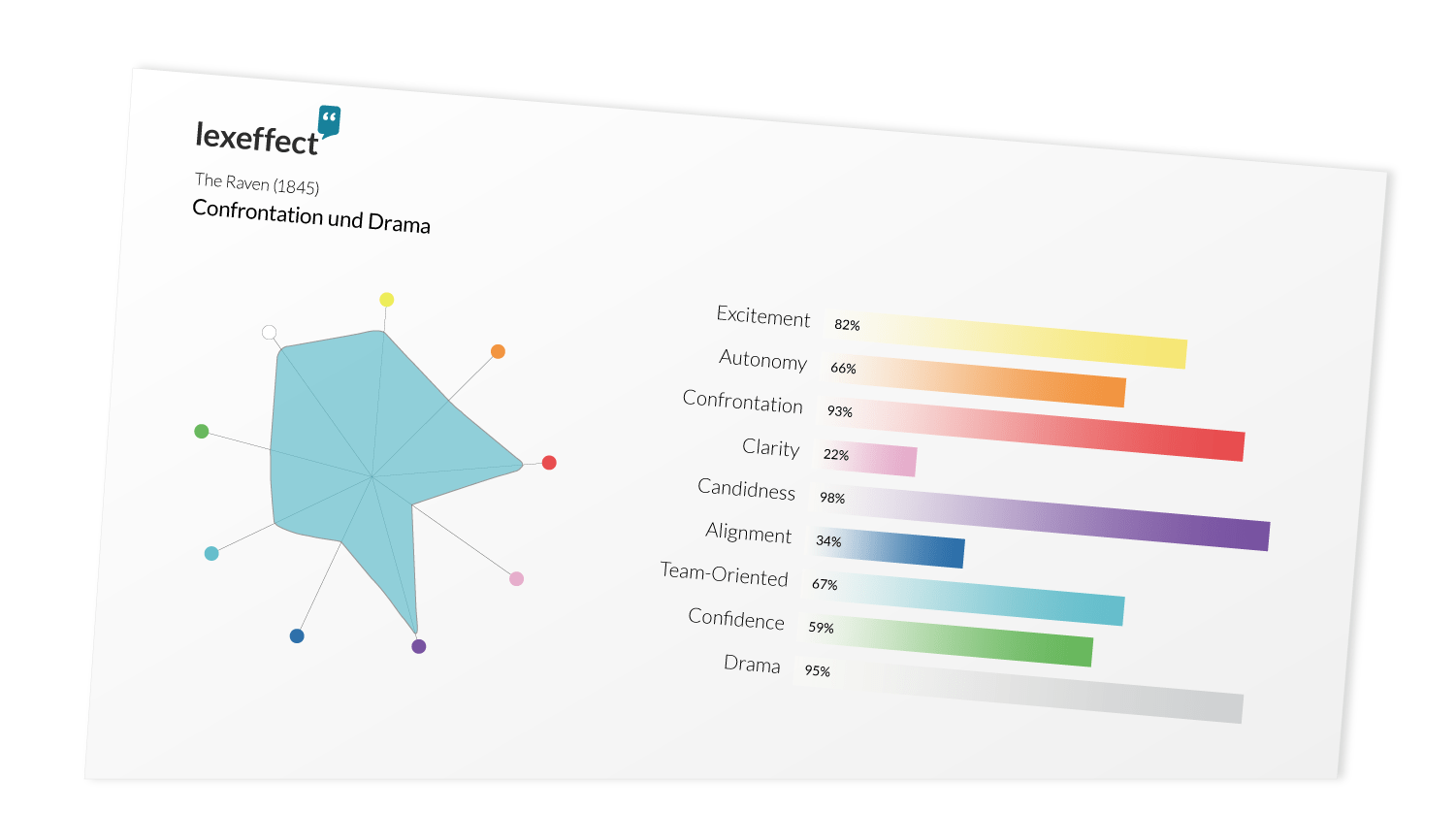 Poe wrote the poem as a narrative. The main theme of the poem is one of undying devotion. The narrator seems to get some pleasure from focusing on loss.  He assumes that the word „Nevermore“ is the raven’s „only stock and store“, and, yet, he continues to ask it questions, knowing what the answer will be. The narrator begins as „weak and weary,“ becomes regretful and grief-stricken, before passing into a frenzy and, finally, madness.

The dramatic part of the poem supports the openness well. The narrator’s questions are purposely self-deprecating and underline his feelings of loss. However, with high levels of both drama and candidness, it can be a bit overwhelming. By addressing openness, surprises and new perspectives are already in place, and do not necessarily require additional dramatic support. Through the confrontational impact, Poe locks the reader into the narrator’s mental and emotional development. On the one hand, the narrator struggles with his conflict between desire to forget and desire to remember, while constantly circling around the meaning of the word “Nevermore”.