„Mirror, mirror on the wall…“ A phrase that runs throughout the fairy tale „Snow White.“Confrontation and order are the defining communication factors. They convey a feeling of resistance and rejection by consciously accepting a conflict. The power struggle for the „fairest of them all“ has begun. 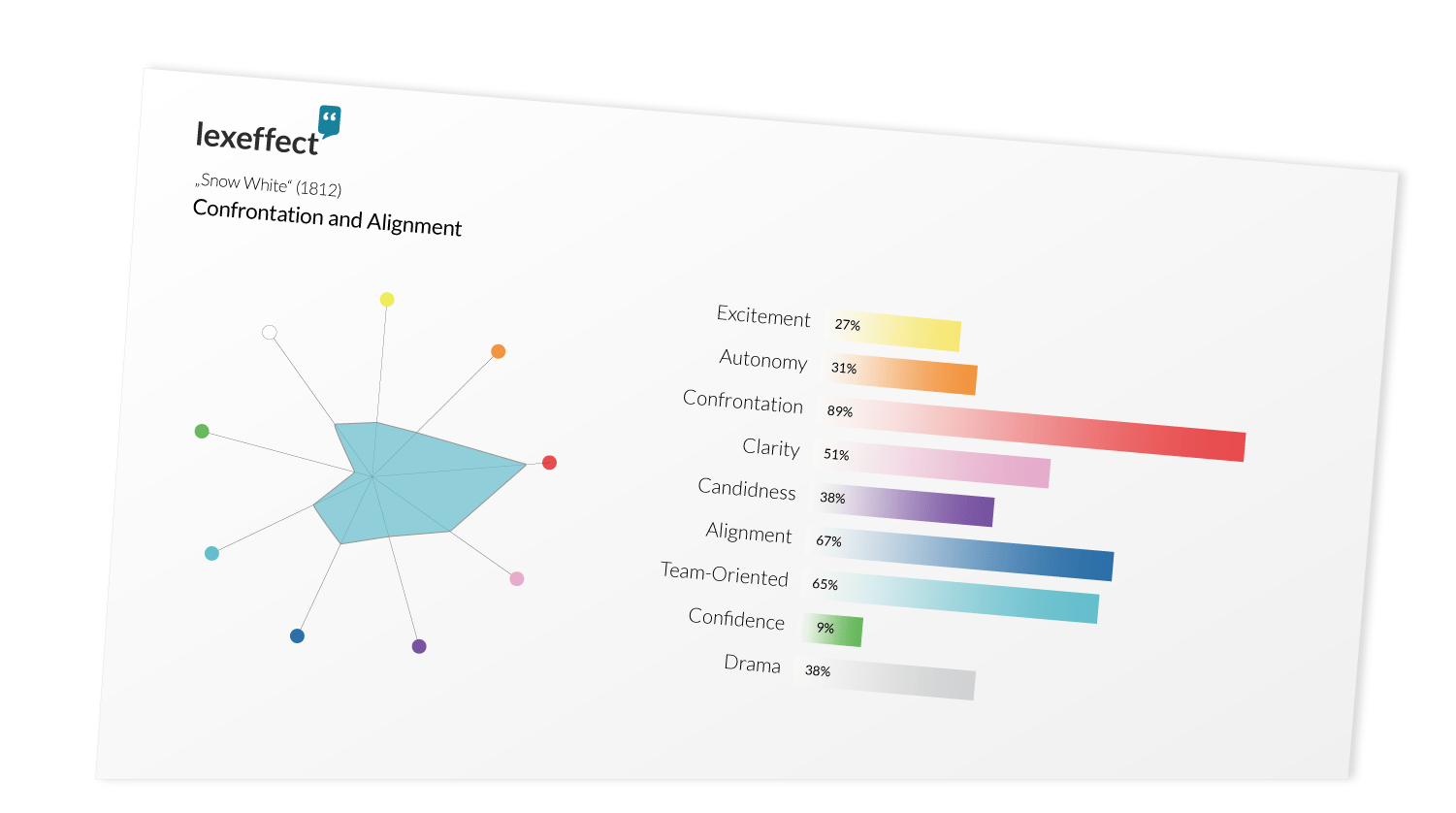 Fairy tales and their essence

Fairy tales belong to the prose texts and, in contrast to sagas and legends, act as freely invented stories. In addition to mythical creatures and magic, the fairy tales are also characterized by socially realistic events such as the relationship between poverty and wealth or domination and bondage. Furthermore, each fairy tale contains a moral at its core to teach the audience something.

The moral of the fairy tale:

Conflicts run through the fairy tale, but in the end the open and honest character resists the longest. The queen takes various evil actions to get the title of the most beautiful woman. Even if these succeed for a short while, she loses the biggest conflict against Snow White and dies.

Confrontation and order in „Snow White“

In their combination, confrontation and order stand for deliberately provoked conflicts and feelings of resistance. The victory of the open, honest character over evil is supported by the effect profile of the fairy tale. The expressiveness of morality increases.